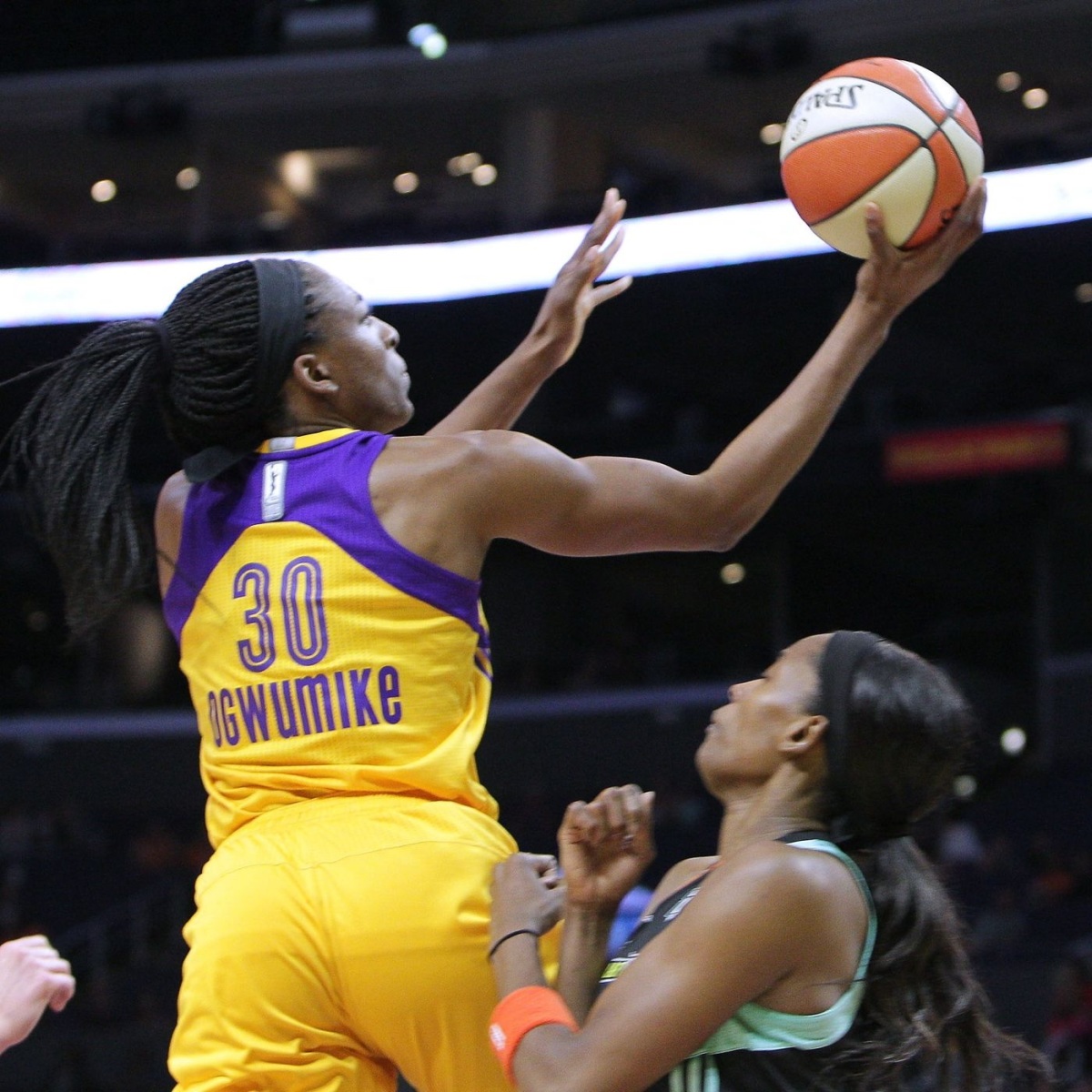 We are days away from the WNBA season kicking off at IMG in Florida. Let us hope the process works, because while the news out of the WNBA campus has not been bad, the broader context in Florida is still among the worst outbreaks in the world. The drawbacks to a governor with no interest in actually governing is in this case having a direct impact on sports and the community.

The LA Sparks underperformed expectations a bit last year in losing so decisively to the Connecticut Sun. Losing in the semifinals was a fine outcome, but how poor they looked was a surprise. After a competitive game 1, the Sun were too athletic and too connected on defense and overwhelmed the Sparks.

Three big questions arose out of the series. Chelsea Gray played ok in the series, but not up to the standard she is capable of. She is 27 and square in her prime, so will likely bounce back, but something to watch.

More seriously, Candace Parker at 34 has begun slipping a bit at age 34. How much can Parker hold on, and how should Fisher use her as she ages, is something to keep an eye on. Parker is tall, a good passer, and ok shooter, so she has so far aged well, but she did struggle against the Sun. She did deal with injuries, so hopefully she can have a healthy season in 2020.

However, the biggest question with the Sparks is their coach. Derek Fisher was not an effective NBA coach in his time with the Knicks. While in the regular season he seemed to do ok with the Sparks, some questionable decision making in the playoffs brought home the questions about his fit as coach.

For all that Parker is no longer a top 3 player in the league, Fisher’s decision to  bench her for such an extended stretch in a pivotal playoff game has not been adequately explained. The Sparks could not score and yet Fisher benched the Sparks second best passer and key fulcrum of their offense. Citing a lack of energy makes little sense, when you replace a more effective player with a less effective one. Energy only matters to the extent it is coming from a player who is actually good.

Two key members of the 2020 Sparks have opted out of the season, Kristi Toliver and Chiney Ogwumike. Toliver in particular is a loss for the Sparks, as her shooting and shot creation next to Gray was going to really help the team. Losing Chiney Ogwumike chips at the Sparks depth, but is more replaceable.

The wings and guards on this team are fairly interchangeable, with only a few of the players only able to play at one position. For instance, Wiese and Augustus have often operated as guards on offense, but both are 6’ and can guard wings in theory, though it will be interesting to see how much Augustus has left. Chelsea Gray is the lead ball handler, but is often guarded by the other teams wings and guards them on defense.

Nneka Ogwumike is this team’s best player at this point. She is squarely in her prime, and her ability to shift between the 4 and the 5 is one reason this team is able to carry so many bigs and still have success. I would have gone with a guard or wing in Reshanda Gray’s place, particularly a young one such as Kamiah Smalls, but with the versatility of Ogwumike and Candace Parker, the team should be able to make it work.

Ogwumike was the best player for the Sparks in the series against the Sun. Her ability to guard bigger true posts and move her feet defending in space sets her apart from the other centers she is often compared to. She has even developed her three point shot to the point where she provides some spacing, though she is definitely not a true stretch big.

Candace Parker is still a good player. Hopefully she will be healthy this year. Parker would be helped mightily by her 3 point shot coming back, as for a couple of years in 2017 and 2018 she shot over 4 attempts per game at 35%, but both numbers were down last year.

The three is the main hole on this team, and has been since Alana Beard was no longer a full time starter caliber player. Chelsea Gray would be an interesting option here, if the team were to play Gray with two guards. Brittney Sykes looks the part and is likely why the Sparks traded for her, but she has not yet put it together. She shot 26% from 3 last year and 51% at the rim, and worse on the pull up 2s she loves.

Riquna Williams had an effective year for the Sparks at the 2. Last year’s shooting might have been an outlier, as it was the highest of her 7 year career, but she has shown the ability to shoot. She is basically only a 3 point shooter, as she struggles to finish at the rim, only shooting 44%. However, her shooting is valuable and she is a decent defender. At 5’7” she is limited to the 2, as she does not have the size to guard bigger wings nor the passing or dribbling to shift on ball.

Chelsea Gray has functioned as the team’s main ball handler, and excelled at it. She can function as the main offensive ball handler, but still guard opposing wings, as she is 5’11”. The loss of Toliver hurts here, as she is one of the best players in the league at generating threes of the dribble, a valuable and difficult skill, while guarding opposing point guards. Playing another guard with Williams and Gray, such as Wiese or the rookie Te’a Cooper, to get more shooting in the floor, would be a good look to go for stretches and see how it works.

With a full squad, this is a team that had the talent to challenge for the finals. But the loss of Kristi Toliver really hurts this team and makes it hard to see how they are going to generate enough offense to reach those heights. Simply making it back to the semifinals would be a strong result for this team in this weird, truncated, 2020 season. This is also a big year to see how Derek Fisher does coaching, to see if he should be kept for the long term.