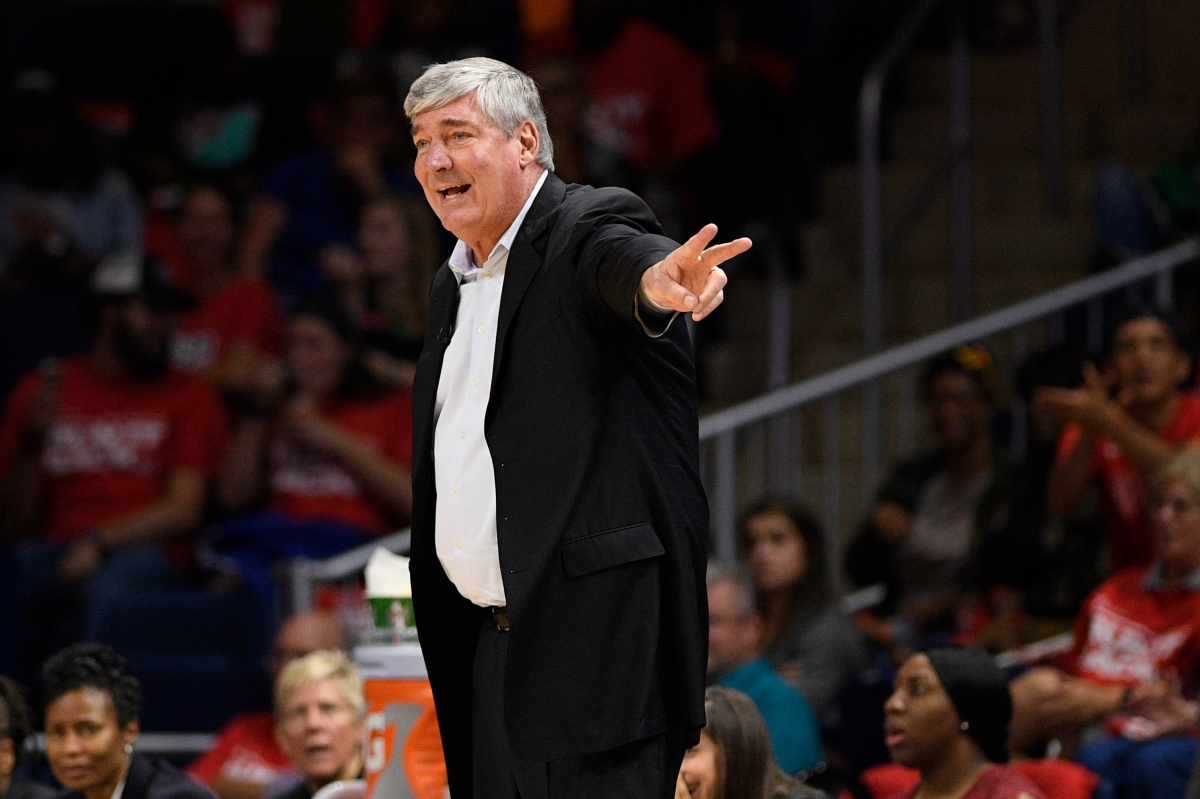 Bill Laimbeer has won championships as a coach. But is has been 13 years since the Detroit Shock won their last championship. The Aces have not performed as well in the playoffs as their regular season record and net rating would indicate recently. Laimbeer has his work cut out for him. As a coach with a particular style who does not always make adjustments quickly, I have my doubts about his ability to lead the Aces back from down 2-1.

Basically nothing went well in game 3. Liz Cambage was the only player to be even somewhat efficient on offense and her one on one defense was ok Unfortunately for the Aces Cambage was outplayed by Griner and she is coming back from Covid-19 and can’t play heavy minutes. The rest of the team was a mess.

Going forward, the main question Laimbeer has to answer is what is the Aces are doing at the 3 and the 4. I mentioned Cambage playing ok at center. At guard, Riquna Williams, Chelsea Gray, and Kelsey Plum combined to go 7 for 26 overall, including 1 for 10 from 3. Not good. However, the Aces can hope on better shooting from those 3 without dramatic adjustments. What is happening with their small forwards and power forwards is another question.

The first thing to note is that the Aces really only have one player who fits the bill in what a modern 4 is expected to be able to do and that is Dearica Hamby. A’ja Wilson is one of the best players in the league, but she is a center on offense at this point in her career. She does not shoot 3s, nor is she a Griner level shooter from the midrange. Wilson has the skill and smarts to succeed against most teams at the 4, but here we are seeing the limits of that approach.

At the three, the team has gone with Jackie Young this year since Angel McCoughtry got hurt. Young had a good regular season, but this is looking like it will be the second straight post season where her inability and unwillingness to shoot from 3 might force Laimbeer to cut her minutes. She has had moments in transition, but in the half court the Aces need more than the occasional low percentage midrange 2. Especially if the Mercury are going to hide Diana Tauriasi on her.

Playing A’ja and Liz together is necessary given the construction of the Aces. So those minutes at the 4 are spoken for. And while Cambage is by no means a stretch 5, she is willing to spend some time on the perimeter and she requires attention so the fit can be managed between Wilson and Cambage. Well, at least for this series. The Aces have some decisions to make going forward. But that is for another day. The question becomes what happens with all other minutes at both the 3 and the 4. I am going to take them each separately.

Chelsea Gray should be the Aces starting small forward with Kelsey Plum moved into the starting lineup. While Gray isn’t likely to light up the Mercury from 3, she is at least somewhat respected out there. She is also more capable as a passer and can keep plays moving when the ball is swung to her.

Gray struggled in Game 3 and has really only played well in Game 1, the third playoffs in a row she has underwhelmed. Still, she is a better option than Jackie Young. And with Plum able to take the primary play making and offensive creation, Gray should be better off as a secondary creator.

The other benefit to this move is that Kelsey Plum is the one Aces guard who can puncture the Mercury defense. Finishing at the rim against Griner is not going to be easy, but if other adjustments can bring Griner a few steps out onto the floor, Plum has the speed to get by Griner. Plum is also a good 3 point shooter and will be guarded off ball. With Riqna Williams and Plum playing, the Aces will approach actual spacing on the court.

Playing Williams, Gray and Plum also gives Diana Taurasi nowhere comfortable to hide out on defense. Whichever player she is guarding should be attacking her. Running off of screens if it is Williams, pick and roll or one on one attack if it is Plum or Gray.

If Gray is moved to the three, the Aces will have to work with her and Williams to clean up their off ball help. If you are going to double Griner with Brianna Turner’s defender, whoever is guarding Kia Nurse has to be ready to crash down. Nurse might beat you with 3s, as she shot 35% from 3 this year, but you have to give something up to the Mercury. Better Nurse 3s than Turner layups.

This play below shows how the Aces were likely trying to guard the Mercury. Too often when it was Brianna Turner in the game she found space for open layups. Jackie Young is abandoning a decent in 3 point shooter in Sophie Cunningham, but that is better than giving up a Kia Vaughn or Brianna Turner layup. Gray may not be quite as big nor as athletic as Young, but she can still play this role.

A’ja Wilson should be spending as much time at the 5 as possible. Kiah Stokes offers so little on offense and if the Aces plan on doubling Griner every possession anyways, what purpose is there for Stokes to be playing at the 5 over Wilson? Have A’ja guard Griner and Hamby next to her run to double. Laimbeer went the opposite with Hamby on Griner, but as hard as Hamby works that is quite the ask. This would also mean less time for Hamby at the 3. The three bigs lineup is too creaky with shooting to work against the Mercury.

Hamby is a good help defender and she can figure out where to be next as the Aces rotate better than the other options for the Aces. The limiting factor here is Hamby’s health. But if she is good to play 30+ minutes, she should at the 4. This was maybe the best defensive play of the game for the Aces with Hamby smartly timing her double on Griner and Chelsea Gray crashing down on Turner.

Wilson guarding Griner might lead to Wilson foul trouble, but that is a risk that is worth taking. Better than losing by 20. And then on offense, when Hamby is in the game, she should be spotting up at the 3 point line as much as she can if she is not actively involved in a play. Like this serves nothing. Why is she there? Also note how far away the Mercury defenders are from Young. Cunningham is hiding behind A’ja Wilson and forces Young into a tough long 2.

Anything the Aces can do to get Griner away from the paint they should be trying. Griner is willing to move her feet on the perimeter. She is nimble for a 6’9” player, but obviously she is less effective out there than she is camped in the paint using her wingspan to erase shots. This positioning from Stokes is not going to get it done.

Bill Laimbeer has had success in the regular season swimming against the 3 point shooting trend of modern basketball. But in the playoffs when the margins are thinner and teams scout better, adjustments must be made. Time to see what the Aces can do to stave off elimination.